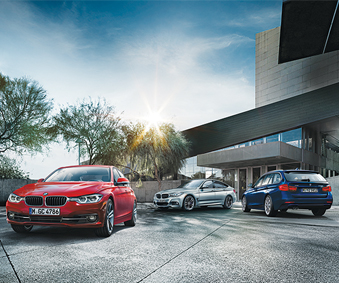 Come to Budds’ BMW for the Quality Cars in Hamilton

Down at Budds’, we believe we have a very good reason to make such a bold claim as to offering the quality cars in Hamilton, and that’s because we sell nothing but high quality BMWs. BMW has been around for one hundred years and had begun producing automobiles in 1928. You don’t get that kind of staying power without providing a product people can trust. Selling nearly two million vehicles annually, BMW is most definitely a trusted brand.

BMW always uses the most up to date, state of the art technologies in it’s vehicles, and the start-stop system it offers in most of the available models is just that. BMW vehicles already had excellent fuel efficiency, that’s one reason they’re some of the quality cars you can buy, but now it’s been taken a step further. The way the system works is by actually turning your engine off while idling in traffic, such as at a construction zone or just sitting at a red light.

The engine shuts off when you put the car in neutral and release the clutch and starts again as soon as you push the clutch back down. If you have an automatic transmission, you only need to be stopped and applying the brake for it to switch off, starting again when the brake is released. It happens instantly and seamlessly so you won’t even notice it. It’s as if your engine was running the whole time. Some studies have concluded that the fuel savings from using the start stop system can reach up to a whopping 10%, while also drastically reducing harmful carbon emissions.

There aren’t just one or two reasons why BMW vehicles are so efficient, a lot of thought and planning goes into each and every detail. That’s why some models offer electric power steering instead of the standard hydraulic system seen on most cars. It’s designed in such a way that power steering only engages while making a turn, as opposed to the “always on” approach of hydraulic versions. By having the electric motor only draw energy while turning, it saves fuel consumption and engine power while driving in a straight line. More engine output will then also be used to power your car instead of being wasted.

What we’ve shared with you today doesn’t even begin to scratch the surface of why we believe BMWs are the quality cars available on the market today. Add to that our friendly, knowledgeable staff and top notch service, and you have an experience that simply cannot be beat. So come on down to Budds’ BMW Hamilton or look us up online at www.buddsbmwhamilton.com.